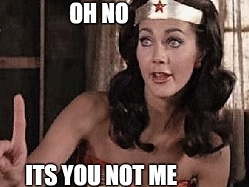 This column is from this year’s Women & Power issue. Visit BostonGlobe.com on Friday morning when we’ll reveal the Commonwealth Institute’s list of the Top 100 Women-Led Businesses in Massachusetts.

You don’t need to tell Wendy Carruthers of Boston Scientific about the confidence gap between men and women. She’s Exhibit A. In 2012, when the Marlborough-based medical device firm was looking for a new chief of human resources, she advised her CEO, Michael Mahoney, to conduct an external search. Mahoney was unimpressed with the outside candidates — but he was impressed with Carruthers, who was then head of talent management. He asked her to apply for the job. “No, I’m not qualified,” Carruthers recalls insisting. “I’m not ready.”

After a few more months passed, Mahoney still didn’t like any of the finalists and told her that she was the best candidate for the job. Carruthers finally decided to go for it and has been head of human resources since. Over that time, she has turned her own reluctance to accept a promotion into a learning experience for the company’s 35,000 employees.

Mahoney and Carruthers realized that when management jobs open at Boston Scientific, male candidates often believe they’re eminently qualified. Women, on the other hand, frequently need a nudge to raise their hands. But this isn’t because women need “fixing” — they don’t need to practice power poses, hone negotiation skills, or agonize over whether they are dressed for success in order to advance in their careers. Rather, it’s the workplace that needs a reboot when it comes to hiring and advancement.

A growing body of research indicates that women are confident and ambitious. A 2016 Bain & Co. survey found that at mid-career, 56 percent of college-educated women who worked at companies in the United States aspired to senior leadership positions, and 57 percent of women expected to get there.

Yet few companies have achieved gender parity at the management level. One issue women cited in the survey was the perception of barriers to their progress. Bain found that if managers gave more feedback to women about their prospects of advancement, it would go a long way toward showing them they already have the skills to be successful. Top male managers are often good at boosting the careers of other men using what Melissa Artabane, director of global diversity and inclusion at Bain, calls “the sponsorship muscle.” Men more easily see themselves in other men, and need to develop a better sense of advocacy for women employees.

Mahoney flexed his sponsorship muscle to get Carruthers to the next level at Boston Scientific. “With hindsight, I am so glad Mike pushed me into applying for the role,” Carruthers says. “I overestimated the experience that was needed. The gap wasn’t as big as I thought it was.”

Now Carruthers tells hiring managers that posting a job and evaluating only those who have applied isn’t good enough. “You have to think about who is not applying,” she says. “Your role is to go out and ask, and sit down and have that conversation.”

The interview process can also work against women, who tend to understate their skills, while men overstate theirs. Carruthers emphasizes to hiring managers that “confidence does not equal competence.”

Companies could also do a better job of instilling realistic expectations into male employees, says Tomas Chamorro-Premuzic, author of Why Do So Many Incompetent Men Become Leaders? (And How to Fix It). “The best way to close the gap is to make men less confident, not the other way around,” says Chamorro-Premuzic, who also teaches business psychology at Columbia University.

If companies simply gave regular feedback to all employees, then the men would have a more realistic sense of their abilities. While the tactic sounds like a no-brainer, Chamorro-Premuzic says managers don’t assess performance as often as they should because “it’s painful to give and receive feedback.”

In the male-dominated world of technology, HubSpot decided to address the confidence gap head-on and added these sentences to job descriptions last year: “Confidence can sometimes hold us back from applying for a job. But we’ll let you in on a secret: there’s no such thing as a ‘perfect’ candidate. HubSpot is a place where everyone can grow. So however you identify and whatever background you bring with you, please apply if this is a role that would make you excited to come into work every day.”

The Cambridge technology firm also requires managers to interview a slate of candidates for each opening, including ones who come from a variety of backgrounds. During the interview phase, managers have been trained to focus more on skills and less on vague notions of likability.

“Our job,” says Katie Burke, chief people officer, “is not to find people who fit in at HubSpot, but who can add to HubSpot.”

In a Harvard Business Review article last year on the gender gap, Catherine Tinsley and Robin Ely recommend that managers reject old ways of thinking and take an inquisitive approach, seeking to understand how women experience the workplace — and how leaders can create the conditions that help women succeed.

Ultimately, Tinsley, a professor at Georgetown University’s McDonough School of Business, and Ely, a professor at Harvard Business School, conclude that a better understanding of the behavior of men and women benefits everyone. “Old narratives about women’s limitations,” Tinsley and Ely write, “are beginning to give way to new narratives about how the firm can better support all employees.”

Shirley Leung is a Boston Globecolumnist. She can be reached at shirley.leung@globe.com. Follow her on Twitter @leung.

The Essential Leadership Skills You Need to Succeed with Nancy Zugschwert